Date: 04.18.16
My costumes in a fashion design book with Alexander McQueen and Jean Paul Gaultier 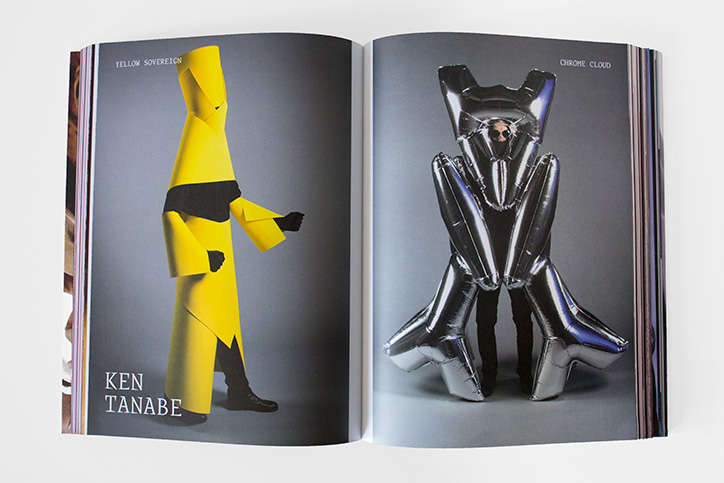 Two of my costumes were featured in a book of fashion design along with work by style icons Alexander McQueen, Jean Paul Gaultier, Maison Margiela, and Thierry Mugler. The book is called “Otherworldly: Avant-Garde Fashion and Style.” It was edited by Theo-Mass Lexileictous, Sven Ehmann, and Robert Klanten. It was published by Gestalten, who produce […] 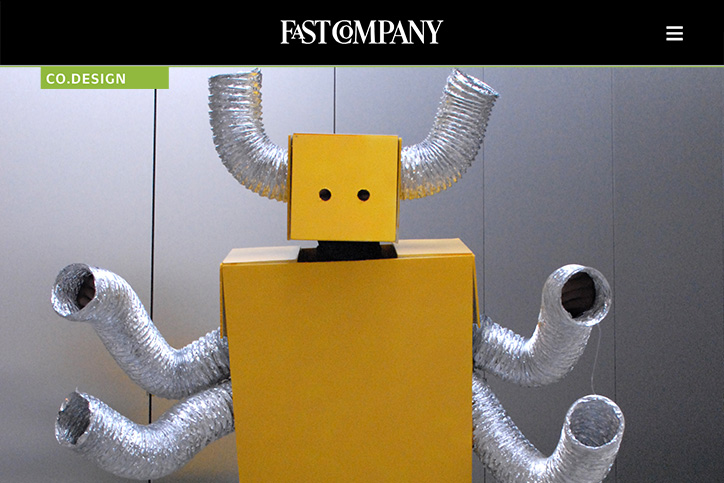 Popular business and innovation magazine Fast Company featured a retrospective of my Halloween costumes in their Co.Design section. It includes all of my costumes from 2003-2014, plus some behind-the-scenes photos I had never shared before. Thank you to John Brownlee for writing this great article. As always, you can visit the Halloween section of my […] 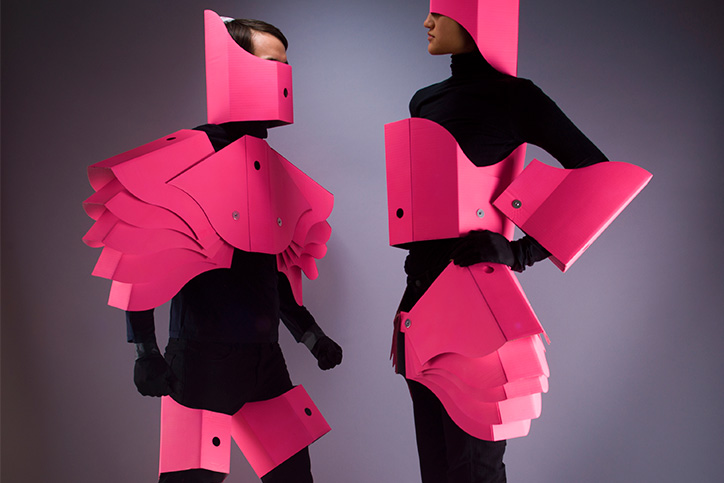 I love designing Halloween costumes according to my own set of rules. But for my tenth year of following this Halloween costume tradition, I thought I should do something special. So for the first time, I designed a matching set of two costumes. Check them out in my Halloween gallery. A special thank you to […] 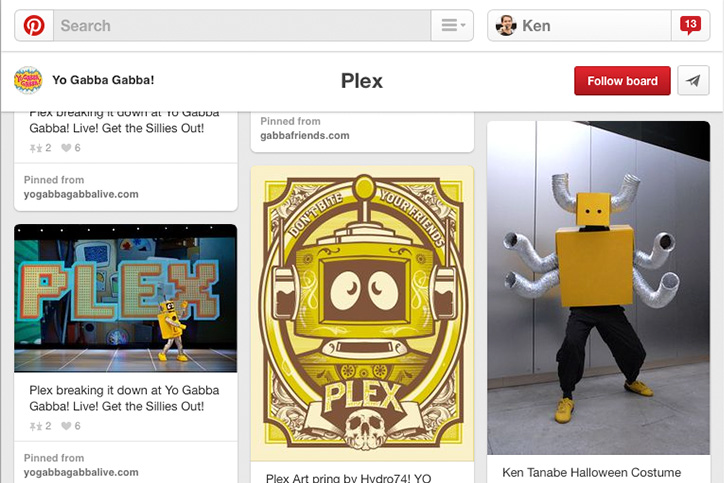 You may know that Yo Gabba Gabba is a popular children’s television show, but did you know that it won a Daytime Emmy nomination for Outstanding Achievement in Costume Design/Styling in both 2008 and 2009? So it was a great complement when Plex (the yellow robot) repinned my “Yellow Robot” costume from 2007 on Pinterest. […]